Oliver is back with Sam and Donovan this week to discuss an odd source that was causing broadband service outages in a village; the Z4 is the oldest digital computer that still exists and its manual was lost, until now; Microsoft hasn’t completely given up on perpetual licenses for Office; is it space debris or is it a mini-moon; Google is adding a COVID-19 layer to maps; Windows XP source code and more leaked; and Sam brings up the weird file concerning smartphones – are they making us dumber?

Researchers found the manual for the world’s oldest surviving computer

A new mini-moon is about to join Earth’s orbit. It could be a booster rocket from the 60s 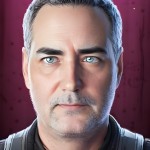